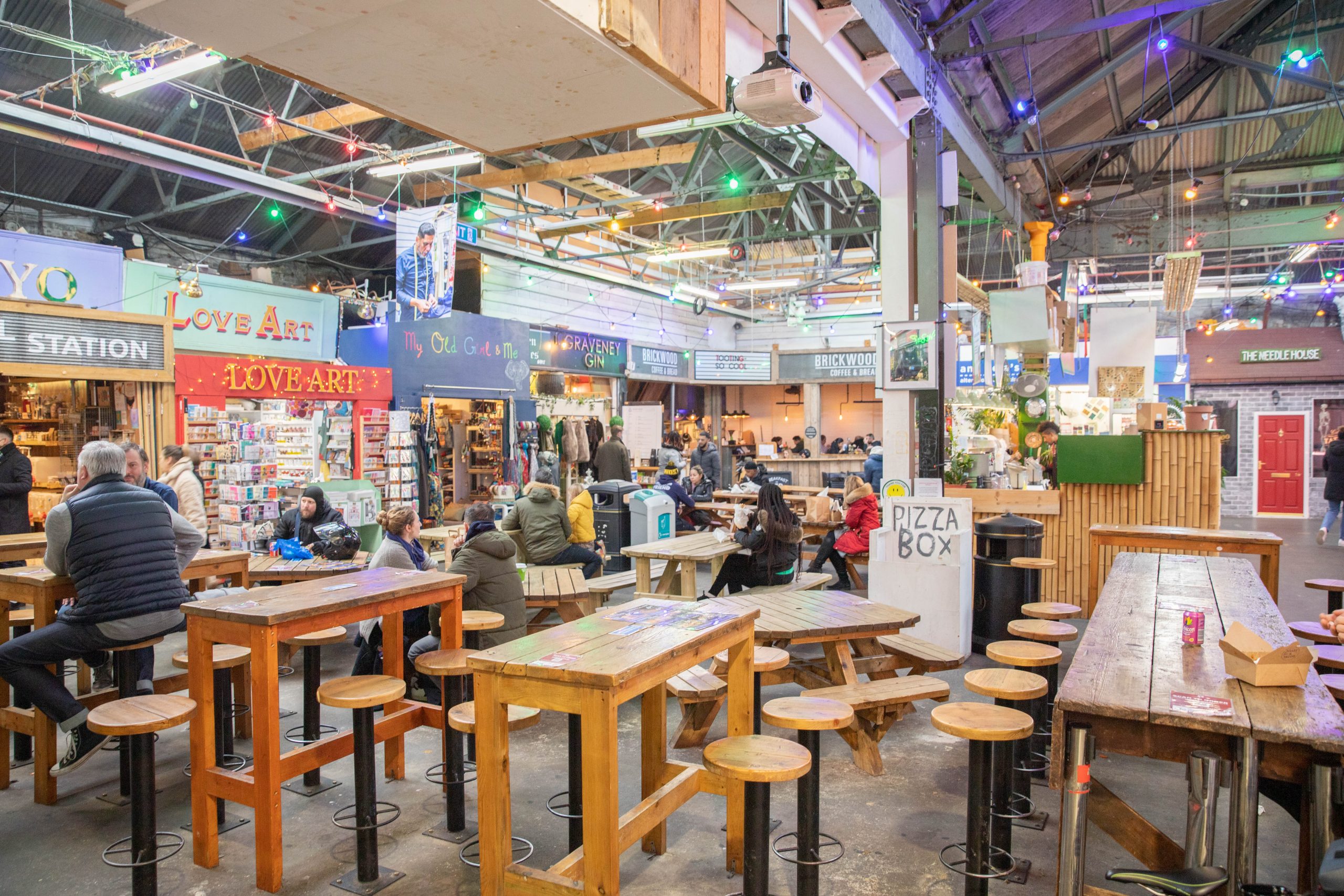 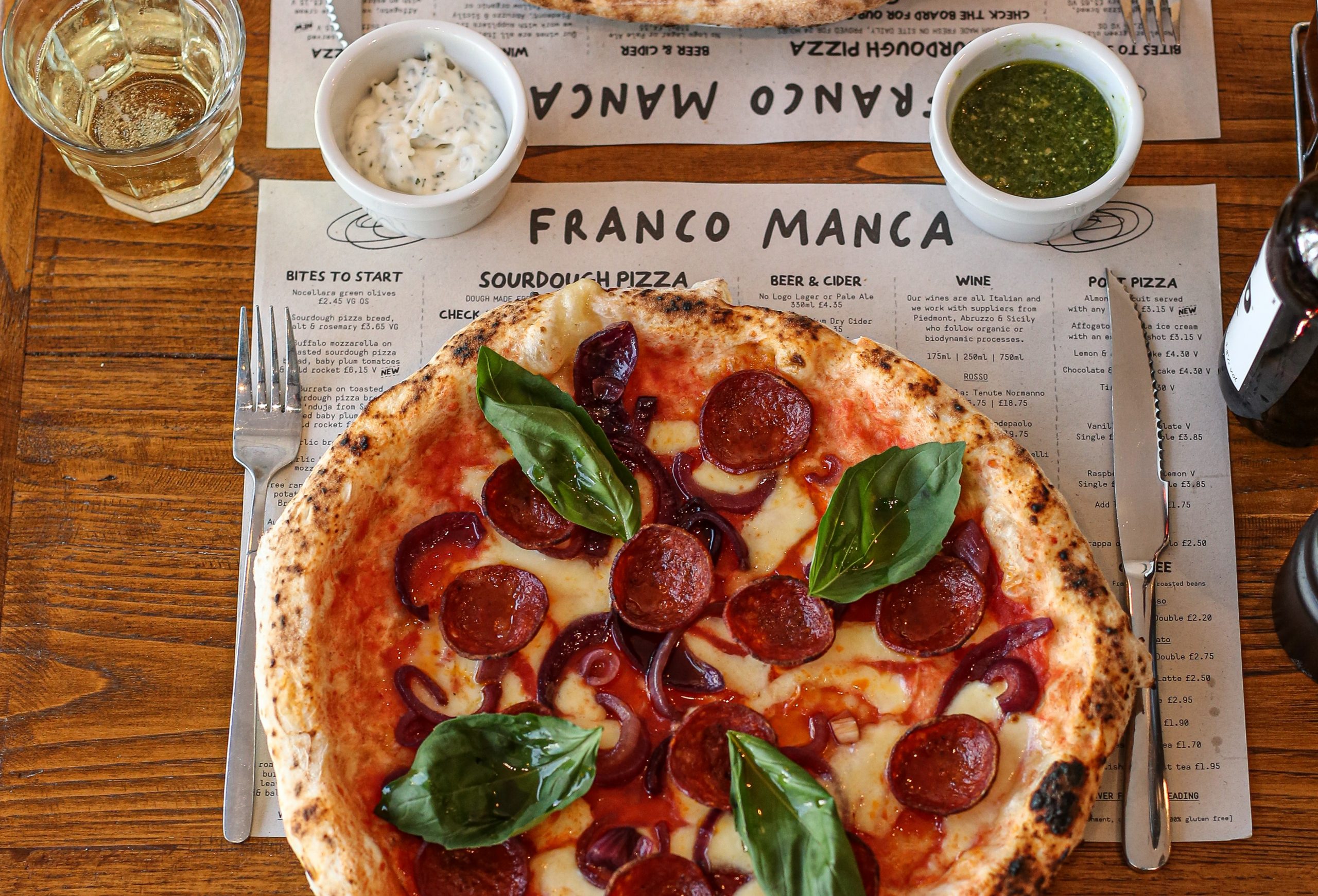 The Tooting outpost of the hugely popular London chain. Franco Manca specialises in pizza made from slow-rising sourdough, baked in a wood burning brick oven at 450C, with an array of delicious toppings including vegan and gluten-free options. The slow levitation and blast-cooking process lock in the flour’s natural aroma and moisture, giving a soft and easily digestible crust – as a result the edge (cornicione) is excellent.

The history of Franco Manca goes back to 1986 when Francos was a pizzeria in Brixton Market owned by, you guessed it, a guy called Franco! By 2008 he had had enough and asked his friend Giuseppe Mascoli to take it over – Giuseppe and his friend Bridget Hugo, an artisan baker, took the reins and called it Franco Manca, (Italian for “Franco is missing”), in homage to Franco’s hard work. Giuseppe, originally from Positano, was strongly influenced by Neapolitan cuisine in his experimental pizzeria efforts. Today lots of neighbourhoods around the UK have local Franco Mancas but the ethos of small suppliers, local ingredients, daily freshly made dough, and Neapolitan-inspired cuisine stays the same.

Franco Manca at Tooting Market offers a lovely dine-in area where customers can observe the pizza masters turning out the dough and cooking the pizzas in the hot ovens!

“You know what you’re going to get at Franco Manca: delicious sourdough pizza at a reasonable price. The bonus here is the nifty multi-level seating within Tooting Market. Well worth a stop by”